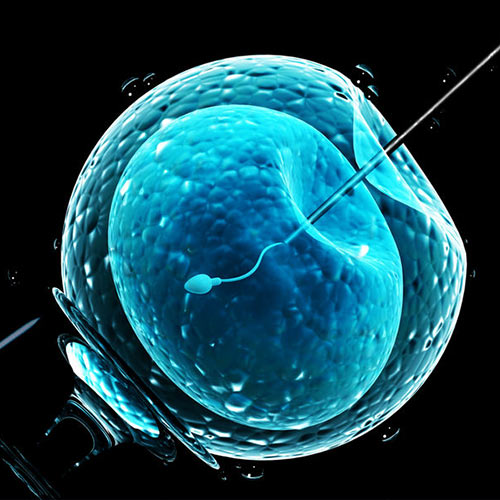 The concept of surrogate motherhood is not a new one to human culture. Even western society has records that go back thousands of years of history showing that some couples would seek out another woman to willingly bear a child intended for that family. The Christian Bible itself uses surrogate motherhood as an example of an alternative solution to carry out divine will, such as with Abraham, his wife Sarah, who was “barren,” their servant, Hagar, who acted as a surrogate mother.

However, for the vast majority of human history, surrogate motherhood could only occur in one way. If a hopeful family was unable to have a child due to medical issues with the hopeful mother, but the hopeful father was still healthy and able to reproduce, then the father had to have sexual intercourse with the surrogate mother. In other words, the normal reproductive cycle occurred, just with another woman.

Today, this is no longer the only way for couples to conceive with a surrogate mother, although, if desired, it is still a legally available alternative. However, most couples today choose to go with a modern method of surrogate motherhood known as artificial insemination. So what is it, and how does it fit in modern surrogacy?

Artificial insemination was actively researched not primarily for human use, but animal husbandry. In cattle, for example, the introduction of bulls to cows was often a risky activity for both the animals and the farmers, because the aggressiveness of bulls ready to mate could be easily provoked, and was difficult to predict or control.

As a result, the ability to collect sperm from a bull, and keep it viable, then transfer it to the desired cow at another location was considered not only safer but more cost-efficient. When combined with the preservation of sperm, meant that a bull with desirable genetics could have that sperm used to impregnate many different cows in a much shorter time.

In the case of humans, artificial insemination grew in importance as a form of medical assistance for men, not primarily for surrogate motherhood. In some cases, the sperm of a man was only “partially viable,” in that the sperm might not be very motile, and able to travel to an egg located in the uterus. However, with artificial insemination, more sperm could be collected, and then through insertion, be deposited much closer to an egg to ensure a higher chance of fertilization.

For hopeful couples where a woman was unable to conceive a child in her womb, this also meant that the emotional complications of having a spouse engage in sexual intercourse with another woman were now removed. Sperm could be collected, and it could be deposited in a surrogate mother with no need for physical intimacy.

While it took 25 years for the record to be unearthed, the first successful artificial insemination appears to have occurred in the United States in the 19th century. In 1884, Dr. William Pancoast took a sperm sample from one of his male students and applied to an anesthetized female patient, who then became pregnant as a result. He did not disclose the success of the technique until many years later because the husband of the woman who had been impregnated did not realize the sperm was not her husband’s.

Dr. Pancoast had privately concluded that the husband’s sperm was the issue, and would never be viable. So he used donor sperm instead, then privately told the husband what had happened. The husband then agreed that he would rather not have this news go public, and so the success of the technique was kept a secret—even from the mother—for over two decades.

Intracervical insemination, for example, is the simple insertion of a device into the female reproductive system that injects sperm into the uterus in a way similar to actual intercourse. On the other hand, intrauterine insemination requires medical training and more precision as a catheter is used, and a special process known as “washing” is applied to the sperm to increase the chances of successful fertilization.

The most extreme technique, intrauterine tubo peritoneal insemination injects sperm into the uterus and the fallopian tubes and then clamps the cervix to minimize leakage of the sperm into areas other than where the egg may be located.

While artificial insemination is now a common technique in modern medical science, there are other techniques, such as In Vitro Fertilization, that take the entire fertilization process, and move into lab supervised conditions. However, in cases, where a hopeful family wishes to use the egg of the surrogate mother herself, artificial insemination is the most efficient way to achieve success.