Often, specialists of the Stork Service surrogacy center answer questions related to methods of fertilization. Indeed, the issue is very relevant, given that in each case we may recommend different techniques.

1. Artificial insemination is the laboratory method closest to the natural method of conception. It involves the delivery of sperm to the cervical canal, shortening the path of passage of the spermatozoon, after which the fertilization of the ovum is carried out in the uterus itself. In view of the low effectiveness of this method, other methods that significantly increase the chance of a quick and effective pregnancy are applied. 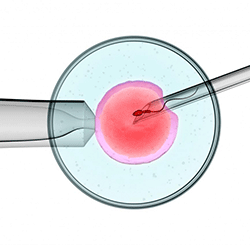 2. In Vitro Fertilization (IVF) is a reproductive technique, the essence of which is to stimulate the ovaries and sample the ripened oocytes. The ovum is fertilized by the partner’s sperm, resulting in the formation of one or several zygotes that are grown before the embryo stage in the reproductive clinic. In the process of IVF, several embryos are inserted into the woman’s uterus, which provides the most probable implantation in the uterine epithelium, but increases the chance of multiple pregnancies.

3. Intracytoplasmic sperm injection (ICSI) is a more advanced method of artificial insemination, during which the spermatozoon is implanted into the cytoplasm of the ovum with the help of special microinstruments. This method is more effective than the mixing of ova and embryos in a Petri dish. Using preimplantation screening of embryos, it is possible to choose the most viable and healthy sample. This allows the doctor to put only one embryo into the uterus, reducing the risk of multiple pregnancy, but without reducing the chance of successful implantation in the uterine epithelium.

Methods of selection of spermatozoids for IVF by IKCI method:

A female recipient can be fertilized with an embryo: 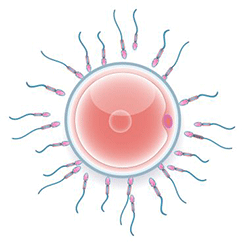 A surrogate mother can be fertilized by an embryo:

This is an initial screening of female and male biological material, which increases the chances of fertilization of the ovum and the successful further development of the embryo. As a rule, the duration of the development process before planting takes between 3 to 5 days. This is followed by the second stage of preimplantation preparation – the diagnosis of the embryo.

Preimplantation chromosome screening is indicated for:

• Future parents, one of whom is a carrier of chromosomal diseases transmitted by hereditary path;
• Women, whose pregnancies repeatedly ended in miscarriages;
• Couples who, for various reasons, could not conceive a child for several years;
• People with an abnormal set of chromosomes (aneuploidy).

Advantages of preimplantation diagnosis of the embryo:

1. Biopsy of cells from the membrane (trofektoderma). Internal cells responsible for further development of the fetus are not affected
2. DNA isolation, genomic analysis. The selected cell undergoes special sequencing using an innovative apparatus (for example, Illuminia, USA)
3. Bioinformation screening. The results obtained during the sequencing are studied in detail
4. Medico-genetic consultation. A geneticist makes a conclusion on each individual embryo with a prognosis of the successful implantation in the endometrium of the uterus, the further development and health of the born child
5. In vitro fertilization. The most viable embryo with a good potential (one or more – the choice of a married couple) is transferred to the uterus of the female recipient (surrogate or biological mother). 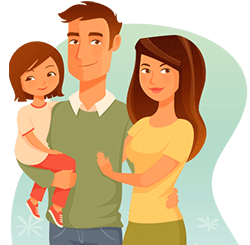 In the procedure for selecting germ cells, their screening and performing IVF, highly skilled genetics, reproductologists and other specialists with impressive work experience participate.

The Stork Service surrogacy center provides future parents with several programs of artificial insemination and the opportunity to use innovative technologies for the birth of a healthy baby.

We will do our best to help you become parents!