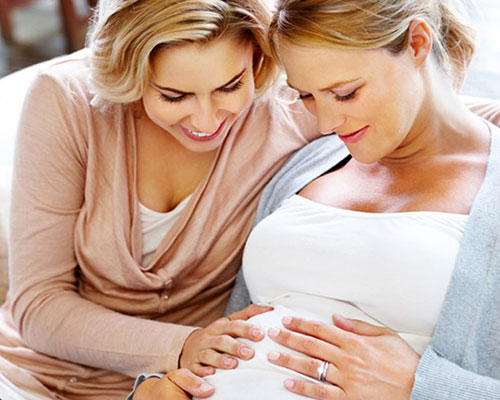 Having a child to carry on a family is one of the most natural steps that people can take once they’ve decided to spend their lives together. It’s usually regarded as just one more expected progression in the journey of life. Unfortunately, not everyone can necessarily have children the way nature has intended. While most people will go the expected course of a mother conceiving a child, carrying that child for nine months, and then giving birth, it doesn’t work out this way for everyone.

Some people may have genetic, illness-related or other medical reasons that make it inadvisable—or even impossible—for a child to be born naturally. In these cases, that doesn’t mean that an intended family has no other choice but adoption. It’s still possible for a family to have a child that carries the genetic characteristics of the family. This is done through a process known as surrogate motherhood. And Georgia is one of the few countries that make it comparatively easy for hopeful families to make this dream come true. But how, and why?

Georgia is located in “Eurasia,” in the transitional zone between Eastern Europe and Western Asia. It sits on the Black Sea, with Russia as its northern border. Georgia is a nation with a representative democracy, great political and economic stability, with a booming economy that is enjoying a surge in tourism as the entire European region continues to grow.

More importantly, however, in 1997, the country of Georgia completely legalized surrogate motherhood in the country and made it available not just to locals but to foreign visitors to the country. Georgian law allows for both “altruistic” and “commercial” surrogacy. This means that surrogates can receive little to no compensation for agreeing to bear a child for a hopeful family, or they can actually profit from the experience, as a business transaction.

As a result of the legalization of surrogacy in Georgia, this means that there are comprehensive guidelines that are in place for what type of woman makes an ideal surrogate mother candidate. Obviously, there will be some common, highly desired characteristics, such as a woman in good physical health, preferably with a healthy lifestyle that does not involve regular drug, alcohol or cigarette consumption.

Beyond that, however, it is also recommended that surrogate mothers be under the age of 35, be in the middle or upper-class economic tier, in terms of lifestyle, and have had at least one child previously. The recommendation for having had a child already is important because it gives a “baseline” for what people—including the mother—can expect from the pregnancy phase for fewer surprises.

Article 143 of Georgian law regarding surrogacy says this:

If a woman has no uterus—for the purpose of relocation and nurture of an embryo, received as a result of fertilization, in another woman’s (surrogate mother”) uterus; the couple’s written consent is required.

In theory, this means that the only people legally allowed to undertake surrogate motherhood in Georgia are those women who, for either genetic or medical reasons, no longer have a uterus capable of holding a developing embryo. In reality, things are not quite so simple or so restrictive. Georgian law does immediately have two requirements for any couple wishing to use a surrogate mother:

This means that same-sex couples and couples wishing to use surrogate motherhood to avoid pregnancy and childbirth due to time/discomfort concerns are not generally allowed to enter into surrogacy contract in Georgia.

However, it also means that the strict, legal interpretation of not having a uterus present is not actually a determining factor. If, for example, medical records can be furnished showing that a child, mother or both would be put at risk if a mother attempted a natural pregnancy, such as due to a medical flaw in uterine structure, that couple could go forward with seeking a surrogate mother in Georgia.

It’s important to note for hopeful families thinking of going with surrogacy that the law always finds favor with the intended parents. This is especially true I in vitro fertilization has been used, and the infant has the genetic characteristics of the intended parents. The surrogate mother has no legal right or recognition to possession of the child.

However, the child’s actual legal status, beyond belonging to the intended parents must now be determined. Any child born of foreign parents in Georgia is technically considered “stateless” and not a citizen of any country. Thus, depending on the country of origin, steps by a surrogate motherhood clinic must now be taken to secure the citizenship status of that child.