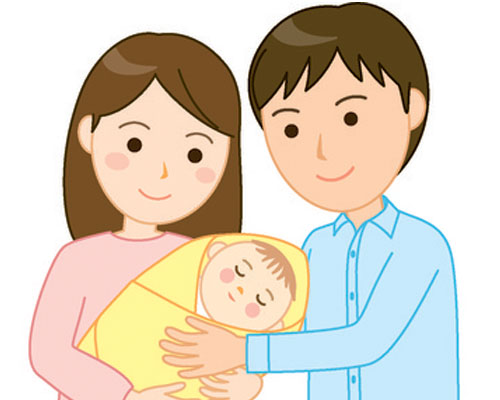 Not everyone has the option of natural, traditional childbirth when they want to start and raise a family. For some, medical circumstances have made it very risky for the mother, child or both to attempt a natural pregnancy. For others, it may be medically or biologically impossible, such as in the case of male same-sex couples, or women that have had their uterus surgically removed due to medical treatments.

In these cases, the only way to still have a newborn child that shares the genetic characteristics of the hopeful family is through a process known as in vitro fertilization, combined with a surrogate mother. But while surrogacy itself is a concept that has been with us for generations, it is not always something that is considered legal. Surrogacy is prone to different types of legal recognition depending on which country a hopeful family resides in. So in which countries is surrogacy actually legal?

First, it’s important to understand why surrogacy being considered illegal in a country can pose a big problem. Countries like France, Spain, Bulgaria, and a few others have made surrogacy illegal in their respective areas of sovereignty. It means that a child born through surrogacy in these countries will be only legally recognized as the child of the mother that gave birth. The intended parents have no legal right to the child. This is why it’s important to make sure that people who are thinking about surrogacy give a lot of thought to their country of residence and what it’s legal status is. Even when different countries allow surrogacy, the way surrogacy works is enforced differently.

As one example, Australia has legalized what it refers to as “altruistic surrogacy.” This means that surrogate mothers can offer to carry the child of hopeful parents. However, there can be no commercial intent here. In other words, aside from minimal, expected expenses for survival and medical support, a surrogate mother cannot make the offer for profit.

Australia extends this same policy even to its citizens that choose to go the global route. Even if a hopeful family goes to a country where commercial surrogacy is legal, and returns with a child, if the Australian government determines the child was the result of commercial surrogacy, it is considered a criminal offense, with charges applied.

The United States is a large country, but it also hands a lot of political power to its different states. As a result, the legality of surrogacy in the United States depends on a lot on the state of residence for a family. In some cases, like the state of Michigan, surrogacy is illegal, and therefore families run into the same nebulous legal framework as countries like France when it comes to determining parenthood of a child.

In other states, like California, altruistic and commercial surrogacy are both available. There are no restrictions on surrogacy, the gender of parents or any other limiting factors. As a result, this is a popular state within the USA for people to consider surrogacy arrangements.

Thailand does allow surrogacy, but only for citizens. This has been a relatively recent development. Up until 2014, Thailand actually allowed for commercial surrogacy with foreign visitors. However, an event referred to as the “baby Gammy incident” forced Thai lawmakers to reconsider. An Australian couple had engaged the services of a surrogate mother, but seven months into the pregnancy, it was revealed that there were twins, instead of a single child.

A further medical examination discovered that the twins were a girl and a boy, but closer examination showed the boy as being afflicted with Down’s Syndrome. The Australian couple tried to convince the surrogate mother to abort the boy, but she refused, citing her Buddhist beliefs. The couple then took the healthy girl and abandoned the boy to his biological mother. The Thai government changed their laws regarding surrogacy shortly after the public outrage surrounding this incident.

The country of Georgia completely legalized surrogacy in 1992. As a result, it has very advanced business and legal frameworks to establish surrogacy processes for visitors that come to the country. In Georgia, surrogacy law states, especially in the case of in vitro fertilization, that it is the parents who share genetic traits with a child that are legally recognized as the parents of the child. A surrogate mother with no genetic connection to a child is not considered a parent even if she gave birth to the child.

It is important for people who want the smoothest possible surrogacy experience to always think about both the country they reside in and its surrogacy laws, as well as the destinations they are considering for a surrogate motherhood arrangement. People who decide to visit a Georgian surrogate motherhood clinic, for example, may have access to many more options and services than someone who goes to Australia.