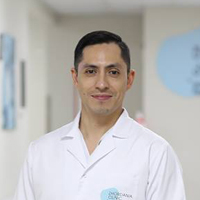 Design, implementation and setting up of 5 IVF laboratories at CEFAM medical group.

Imparted training of 12 embryologist during a decade at CEFAM medical group.

14 years of experience at IVF laboratory.

Multiple talks and lectures through IVF congress, hospitals and universities in Mexico.

Assistant to a ESRHE and ASRM academic congress for over a decade for actualization.

2. Which Insemination Technique should be used in oocytes obtained from donors with at least three controlled ovarian hypersimulation cycles in teratozoospermic patients? IVF vs. ICSI. Fertility and Sterility, September 2006. Vol. 86, Sup. 2.