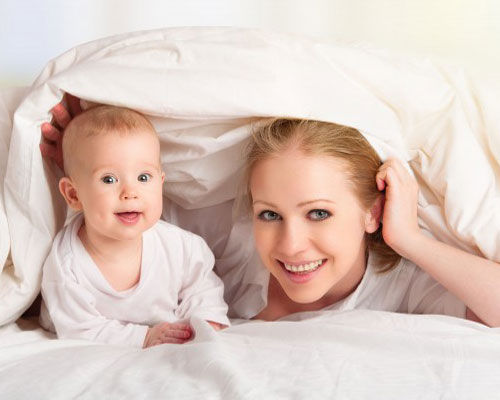 For many people who have joined together in a legal union, whether that’s man and woman, or a same-sex relationship, it’s not unusual to want to take things to the next level and start a family. However, while many couples all over the world may be able to take the next step, and go on to conceive a child traditionally, it may not be that easy or feasible for everyone.

Some men, for example, may have fertility problems due to varicocele, which affects the health of the sperm. Some women may have issues with ovulation or contract an illness that affects the fallopian tubes. In some cases, something as serious as cancer, or cancer treatment may affect the health of a woman’s egg.

There is, however, a solution to these many issues. Even when there is some medical obstacle to successfully introducing sperm and egg in a woman’s body, it’s possible to facilitate this interaction through other means. One of them is called IVF.

IVF stands for “In Vitro Fertilization.” It comes from a combination of the Latin words “in vitro” and the English word “Fertilization.” In this case, the Latin phrase in vitro originally came from the scientific process of cultivating cells, organs or other biological components outside the body. The in vitro procedure had been previously used in lab experiments, such as reproducing cells.

However, with the in vitro fertilization technique, the process’s intended goal is very different. Here, a carefully supervised “introduction” between male sperm and female egg is facilitated in a laboratory environment. It replicates the natural process of fertilization that normally occurs in a female’s body.

Once it has been confirmed that fertilization has successfully occurred, and the egg is now going to develop into an embryo, that fertilized egg is then transferred and anchored to a healthy womb. This allows the embryo to normally develop, and ultimately be delivered in a natural childbirth process.

IVF is a relatively recent medical technology, compared to much older, well-established procedures such as having an appendix removed. The very first successful IVF procedure took place in England, in 1978, at Dr. Kershaw’s Cottage Hospital, in Royton, Oldham. Since then the procedure has gone on to help many couples and women who wished to conceive.

In fact, in 2006, one of the oldest patients for a successful IVF procedure occurred. Maria del Carmen Bousada de Lara, at the age of 67, gave birth to twins through the IVF procedure. Previous to that, a woman only 130 days younger, at age 66, gave birth to a single girl.

While the IVF procedure is carefully prepared and supervised, there are many different factors that can affect the success rate. The “quality” of the genetic material used is one thing. In a lot of cases, especially between a man and woman, who want children, but the woman is unable to carry a child to term, the preference is to use their own material. The man will donate sperm, while the woman will have eggs harvested.

In such cases, there are obvious risks with genetic disorders that may be inherited due to the family bloodlines involved, but usually, the couples are willing to take that risk because the preference is to have a child using their DNA as the source. Some procedures, like pre-implantation genetic diagnosis, exist to help mitigate this risk by screening for a variety of different genetic disorders, though this is not a 100% complete procedure that covers all eventualities.

However, beyond that, there is also the matter of multiple births. One of the documented side-effects of the IVF procedure is that, despite the lab supervised conditions, twins or more children may arise from the technique. So hopeful parents must be prepared for the possibility that, as the pregnancy develops, medical check-ups may reveal that there’s more than one infant on the way.

Deciding to go with an IVF pregnancy is not something that should ever be entered into lightly. All this requires a lot of preparation, and, perhaps most important of all, medical support. This is, quite simply, not anything that anyone can do on their own, even if they have a medical degree. The collection of genetic materials from parents, or, if it’s not possible in certain circumstances, a selection from a donor is critical. Then there is the actual IVF procedure itself to ensure proper fertilization.

After that, however, there’s the decision about what to do with the fertilized embryo. If you feel that one of the partners may still be capable of safely carrying the baby to term and delivery, this still requires a lot of medical preparation and support.

However, if for other reasons, a surrogate motherhood solution is required, then this will involve many extra steps. And these steps will require additional financial, legal, and medical services from a trusted source.