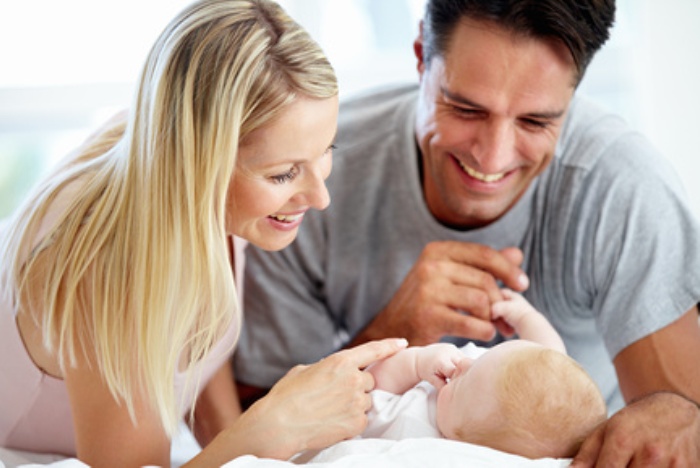 Over the lifetime of raising someone from infancy to adult independence, having a child is often one of the largest financial expenditures that people can make. For most, the economic realities of raising a child only begin once the child is born. For others, however, financial commitments are required even just to make the possibility of pregnancy feasible.

Most couples will start a family the traditional way, with the woman allowing herself to become pregnant and starting a new life as a family nine months later when the baby is born. Here the costs required are typically medical coverage for maternity-related care and any possible medical costs associated with childbirth. But some couples don’t have this option available. A woman that has had a hysterectomy performed, that is, the surgical removal of the womb to prevent uterine cancer from spreading, is no longer physically able to become pregnant. A woman diagnosed with a heart condition runs the risk of endangering her life and that of an unborn child if she decides to become pregnant.

In these instances, surrogate pregnancy, where another woman agrees to become pregnant and then unites that newborn with a hopeful family, can be a solution. However, this requires an extra level of financial commitment well before the baby is born.

Some hopeful families will want more choices available for a surrogate mother candidate. Countries with only “altruistic” surrogacies usually offer a smaller range of options. This is because altruistic surrogacies are a voluntary act. The potential surrogate mother candidates agree to become pregnant purely for the sake of a family in need, with only basic financial coverage, such as living expenses during the advanced stages of pregnancy, and the medical coverage required for a safe, healthy birth being provided for. As a result, women willing to make this sacrifice are often far fewer in number.

More significant expenses are incurred if the surrogacy is not a “traditional” one. Traditional surrogacy involves simple artificial insemination techniques using the surrogate mother’s egg and a sperm sample either from one of the hopeful couple. The only cost involved here is the artificial insemination itself if professionals administer it. However, with “In Vitro Fertilization,” an egg from another source, typically the woman in the hopeful couple, is fertilized under lab conditions with donor sperm. Once fertilization has been confirmed, there may be additional costs from preimplantation diagnosis to ensure the fertilized egg doesn’t have any possible hereditary diseases like cystic fibrosis or Down’s syndrome if there is a history of it in a family.

If the egg or sperm donations come from samples that required cryogenic storage, such as if a woman who had a hysterectomy took the precaution of having eggs removed and preserved for use at a later date, there are additional costs involved in retrieving and safely transporting those samples from their storage facility in a still medically viable state.

This is where collaborating with other surrogate agencies and organizations abroad can enter the equation. If there’s a need to find surrogate mothers in other countries, working with agencies abroad is the fastest, most efficient way to achieve this. The amount of reduced time spent can lower the overall costs of the surrogacy process.

There’s also the issue of currency. While the American dollar is typically the standard metric used to measure costs, different countries have different values for their money. Working with an agency or other organization abroad, such as in the European country of Georgia, means that American dollars and other currencies can go a much longer way due to the lower costs of other countries combined with currency variations. This doesn’t necessarily compromise medical technology or expertise. Different countries often benefit from access to typical developed nation medical facilities and knowledge without the price tags associated with American medical care.

Working with agencies abroad can also help to streamline the surrogacy process. In some instances, getting an IVF procedure performed, retrieving and transporting samples for fertilization, and addressing the legal considerations required for bringing a newborn from one country to another to receive citizenship can require going to different services, vetting them, and then negotiating for separate payments for each one. Working with the right agencies abroad can secure better services in “packages” where rather than needing to source and vet these different service providers individually, existing collaborations can be tapped, which can lower the costs when these packages engage all the required services.

The world is now more connected and more collaborative. Where surrogacies once could only be seen to successful conclusions locally, working with other organizations and surrogacy agencies abroad can yield lower cost results.