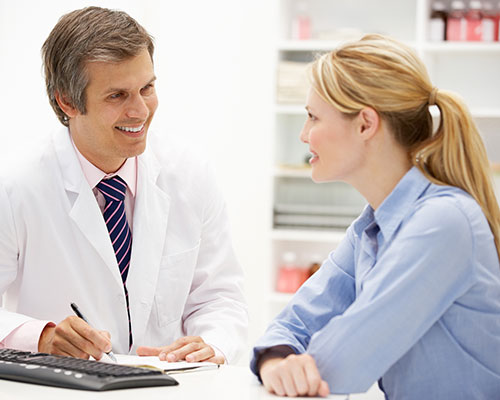 If you want to start a family with the best possible chance at happiness, there’s no cheap way to do this. Every successful family involves a massive investment of time, effort, and of course, finances. Parents need to be empathetic, attentive, and willing to learn and develop themselves even as they nurture a child to do the same. And on top of this, there are decades of expense in everything from food, clothing, schooling, and the gifts that make children so happy on birthdays and Christmas.

But for some, even before a child is born, there’s already a considerable financial commitment involved. If a traditional pregnancy presents too many health risks or is no longer medically possible for one of the partners in a relationship, then surrogacy is the alternative for those couples that would still like a newborn baby of their own to love and raise. However, this comes with its own significant financial hurdles right from the start.

Deciding to go the surrogate pregnancy route has a few built-in expenses that can’t be avoided for serious couples who want to do the ethical thing. If a woman agrees to become a surrogate mother and has been medically confirmed to be able to undertake a pregnancy safely, then living and the hopeful family should cover medical expenses. After all, if a woman agrees to the considerable effort and medical risks required for pregnancy but must continue to work and pay her own bills to ensure she and the baby can eat, the couple may find their newborn suffering from malnutrition as a result of the woman’s inability to work as the pregnancy progresses. If they are unwilling to pay for the medical expenses, and the surrogate mother can’t pay for these on her own, then she may forgo regular medical checkups to ensure the health of the baby and may be forced to deliver the child alone, with no one to help her, if she can’t afford a hospital when the time of birth arrives. Couples unwilling to invest in even this bare minimum and would like a surrogate mother to bear all these expenses herself should probably not engage in surrogate motherhood.

Beyond these costs, several additional heavy financial commitments may also be required. For example, if a couple wishes for a baby to be “traditional” in the sense that the baby is a genetic mix of both hopeful parents, this requires “in vitro fertilization” or an IVF procedure. Both parents must donate sperm and eggs, and these samples are then fertilized under lab supervision. There may be an additional cost if any genetic screening is required to ensure the fertilized eggs are free from possible hereditary disorders either parent may be carrying, such as Down’s Syndrome or cystic fibrosis. Once confirmed, the egg is then implanted in the surrogate mother, at which point, the normal expenses for a surrogate pregnancy come into play.

There are also additional costs if a couple wants to expand their range of choice and opt for a compensated surrogacy instead of an altruistic one. In many countries, surrogacy is legal, but only if the surrogate mother agrees to undertake the pregnancy on a strictly voluntary basis. This means that aside from her living and medical expenses, she receives no other money. A Affordable surrogacy, however, means the surrogate mother receives substantial financial recognition for the role she plays. This additional financial incentive often increases the range of surrogate mothers willing to take on the role and the quality.

All of this can add up to a lot of additional costs, but there’s one way to reduce this, and that’s by going abroad for a surrogate pregnancy to a city like Tbilisi, in the country of Georgia.

Tbilisi is a city located in Georgia, in South-Eastern Europe, along the Black Sea. It’s a prosperous, politically and financially stable nation with ready access to modern, first-world infrastructure, conveniences, and medical technology. However, because it is not located in the United States, the costs of both living and medical expenses are considerably lower than what a hopeful family would pay if they decided to go for an equivalent level of treatment or compensated surrogacy in the United States.

Georgia also manages to keep the cost of surrogacy down by having a modern constitution where surrogacy is “built-in” to the legal system. Georgia’s constitution already has provisions for assigning legal parentage to the hopeful family, not the biological mother, which eliminates any legal costs that may arise from nebulous questions of child custody in the event of a dispute.

Because of cheaper medical treatments, lower living expenses, and compensated surrogacy available in the country, choosing to undertake a surrogate pregnancy in Tbilisi, Georgia, is often far more cost-effective for hopeful parents that want to get the most from their financial commitment without compromising in healthy, quality and safety.