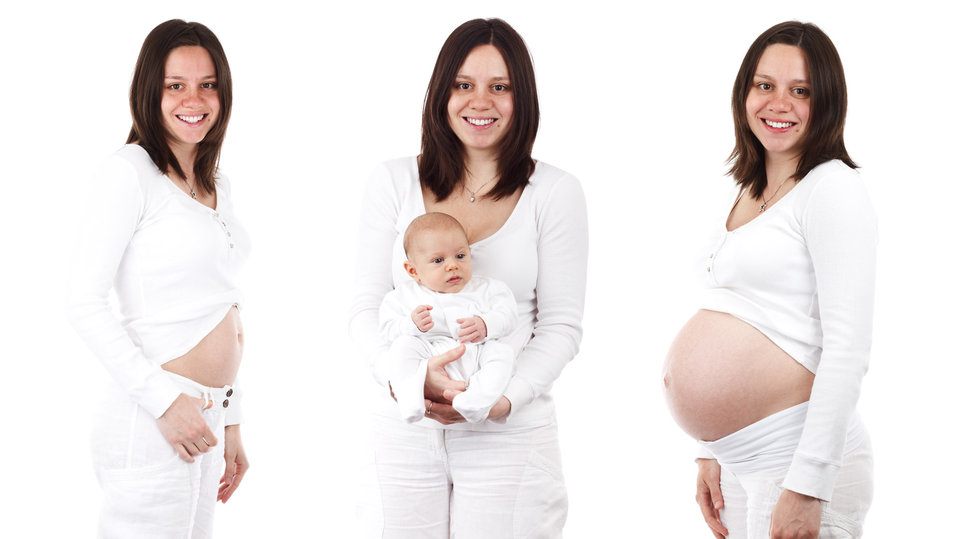 It is not a very common topic of everyday discussion, but for some people hoping to start a family, surrogacy is one method to achieve the dream. Some couples, usually for medical reasons, find it either difficult or even medically impossible to achieve pregnancy and childbirth naturally. However, they still wish to have their own newborn child, so they find a surrogate mother. Surrogacy is when this surrogate mother agrees to have a fertilized egg implanted in her uterus. After nine months of safe, medically supervised development, the baby is born and joins his or her intended parents to begin a new family.

However, because surrogacy is not a frequent topic of discussion, there is a lot of myth and misconception surrounding it. Ignorance does no one any good, so here is the truth behind some of the myths that surround surrogacy and its results.

While there’s understandable anxiety in not being able to successfully become pregnant and give birth to a child, one groundless area for worry is the idea that a surrogate mother is a “homewrecker” that is the equivalent to conducting an open affair with a husband in front of a wife. For people who don’t understand how modern surrogacy works, there is often the very out-of-date misconception that surrogacy involves a husband meeting with a surrogate mother and repeatedly having sexual intercourse with her until pregnancy is achieved. While it’s true that in earlier eras, this would have been the conventional route for surrogate motherhood, this is not the case in the 21st century.

Today, a healthy egg and sperm are collected, and then introduced to each other in a process known as in vitro fertilization, which occurs in a lab. Once exams have confirmed that the egg has been successfully fertilized, it is then artificially implanted in the uterus of the surrogate mother. A hopeful father does not visit a surrogate mother for repeated sexual intercourse to achieve pregnancy. Unless the people involved absolutely insist on the older method for their own reasons, it is entirely unnecessary in modern surrogacy.

This is a complicated myth, because there is some basis of truth in it, and yet it can be completely false as well. The answer to the myth of surrogacy’s legality lies entirely on where people live, and where surrogacy is taking place. Different countries—and even different states or provinces in countries—have different views on surrogacy. Australia, for example, allows surrogacy, but only locally. Australian couples that go to other countries to work with surrogate mothers will find that Australian law will not recognize the legality of a child born to a foreign surrogate mother.

On the other hand, Georgia, in Europe, is completely legal when it comes to surrogacy for both its locals and for foreign visitors coming to the country. However, Georgia will only legally grant surrogacy services to mixed couples. Since 1997, same-sex couples have been legally barred from receiving surrogacy services. In California, in the USA, things are very different and the gender of the couple, whether surrogacy is traditional, gestational, altruistic or compensated doesn’t matter. But on the far end of the spectrum, in the province of Quebec, in Canada, all forms of surrogacy are illegal. So depending on which country you live in, or which country you go to, surrogacy may be completely legal or banned.

This is largely a myth, although it has some basis in fact as well. In places where surrogacy is legal, such as Georgia, measures are in place that recognize sole, legal custody for a baby as belonging to the intended parents. In these situations, especially if a surrogate contract is in place, the surrogate mother having biologically given birth to the child does not grant her any custody rights to the baby.

In other countries, states or provinces where surrogacy isn’t formalized to the same degree, the courts will usually still find in favor of granting child custody to intended parents. States like Oklahoma in the United States have no surrogacy laws in place, but the historical precedent has generally been found in favor of the intended parents when it comes to assigning custody after the fact. However, in other states, such as Pennsylvania, it can go either way. No surrogacy laws formally exist in this state either, but some conservative judges presiding over custody cases have ruled against the intended parents.