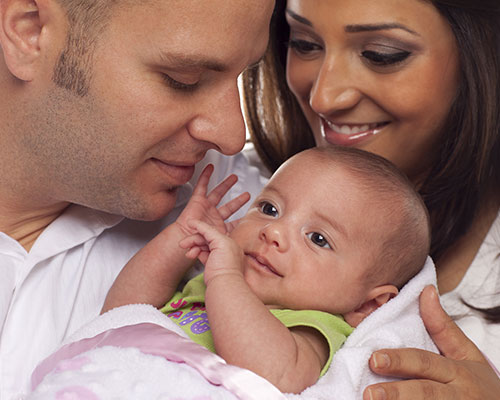 Not everyone who decides to start a family has easy access to the traditional path of a woman allowing herself to become pregnant and giving birth to a child nine months later. Some have serious obstacles, such as medical risks like a heart condition that would endanger both a pregnant mother and child. Others may no longer be able to bear children due to surgery, such as hysterectomies, that were necessary to win the battle against cancer by removing the uterus.

In these circumstances, surrogacy, where another woman agrees to become pregnant on behalf of a hopeful couple, can be an alternative. Today, finding surrogate mothers abroad is much easier and many cases, preferable, but this can require a considerable financial investment. How much investment, exactly, depends on the surrogacy situation a couple is looking at. Several factors can affect the cost.

One of the bigger upfront costs will be whether a couple wants to have an altruistic surrogacy or a compensated one. There’s a big difference between the two financially. An altruistic surrogacy is one where the surrogate mother volunteers to become pregnant. She is not expecting and does not receive any additional funds outside of the coverage required for medical costs and living expenses, if necessary.

Another major cost consideration for surrogacy abroad is not just the financial category of a surrogate pregnancy but the medical category. A “traditional” surrogate pregnancy follows the typical biological route. The surrogate mother’s egg is used for fertilization, and donor sperm is artificially inseminated during a fertile period. Artificial insemination is now standard procedure, though prior to the 20th century, insemination was still often a matter of actual sexual intercourse between a man and a woman. However, traditional surrogacy costs less because artificial insemination methods are not that expensive.

However, the price can rise significantly if the choice is for In Vitro Fertilization or IVF. The baseline cost of IVF is already considerable, as this procedure requires an egg and sperm are fertilized under supervised laboratory conditions. When fertilization has been confirmed, the egg is implanted in the surrogate mother. The entire procedure requires modern lab facilities and experienced staff to achieve positive results, which requires more investment from the hopeful couple.

Added to this, there may be additional costs depending on the requirements or hopes a couple has for IVF surrogacy. For example, IVF is an extremely popular alternative for hopeful couples that want a “traditional” baby in the genetic sense. Even if the hopeful mother cannot bear a child safely, using IVF, the egg and sperm from the hopeful family can still be used to give birth to a child that is 50% the DNA of the hopeful mother and 50% the DNA of the hopeful father. The child is, for all intents and purposes, a true biological and genetic descendant of the hopeful parents, with the exception of having developed as a fetus in another woman’s uterus.

However, some hopeful parents may want multiple fertilizations to facilitate “screening” or preimplantation genetic diagnosis. This is often the case if one or both hopeful parents have a family history of a congenital disease passed on to children. Cystic fibrosis, or Down’s Syndrome, are examples of a permanent, lifelong condition that can be passed down family lines. The added cost of PGD, however, means that multiple eggs can be fertilized, then screened to see if any contain a congenital condition. This ensures only a fertilized egg free from illness is used.

An additional expense can come from logistics considerations. In some instances, a couple may want their own egg and/or sperm, but it is not readily available. Before surgery on their reproductive systems, some men or women will have samples of sperm or egg removed and cryogenically stored in a facility until they are ready for children. However, in cases where the storage facility and implantation site are in different countries, extra care must be made in transportation—especially with regards to temperature—for the samples to arrive in a state still viable for fertilization.

These and other additional considerations, such as legal costs to ensure citizenship is secured for the newborn upon return to the intended country of residence, are all part of the budgetary factors that work into surrogacy abroad.