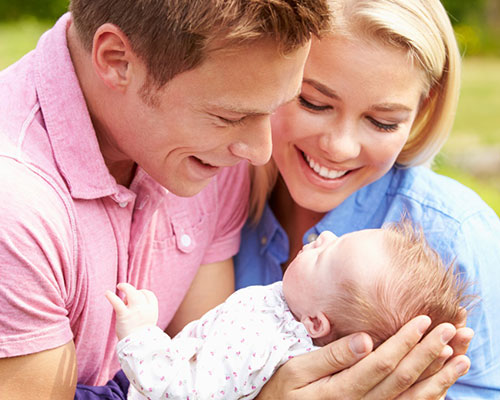 It’s natural for couples to decide that it’s time to start a new life together by raising a family. Unfortunately, not every couple can go the traditional route of the woman becoming pregnant and giving birth to a baby nine months later. Some women have health considerations, like a heart condition, that would risk their lives and that of a growing baby. Other women no longer have a uterus in which a baby can gestate, as life-saving surgery, like a hysterectomy, had it removed to win the fight against cancer.

Fortunately, there are still alternatives for hopeful families that wish to have a newborn baby of their own. Surrogacy is one where another woman agrees to become pregnant on behalf of a couple wishing to start a family. Once the carefully monitored pregnancy has run its course, the baby is born and then united with the intended couple to begin their new family life together.

However, in some instances, there may be a need to use an egg—or ovum—aside from the hopeful mother herself. In these cases, an egg donation is required, and choosing to go abroad, to cities like Tbilisi, in the country of Georgia, is a good option to consider.

In general, going abroad to another country can increase a couple’s options, especially in the financial sense. Couples living in larger, more affluent nations such as the United States may be subject to extremely high costs for surrogacy. This is especially true if a surrogacy is neither altruistic nor traditional and may require the use of procedures like In Vitro fertilization. Compensated surrogacies allow for many more choices and options for surrogate mothers but also result in the surrogate mother herself receiving significant financial recognition for the crucial role she plays in surrogacy. In vitro fertilization or IVF, requires lab-supervised fertilization of an egg with sperm and, once confirmed, is implanted in the surrogate mother so that the rest of the pregnancy can run its natural course.

Choosing to go abroad can reduce the costs of an IVF procedure if nations are chosen that are less prominent than the United States. For Americans and citizens of other G7 countries, the willingness to travel can bring about significant savings due to currency differences and other factors.

One destination that has been getting much attention in surrogacy circles is Tbilisi, the capital city of Georgia, a nation in Eastern Europe. As with any major urban center, Tbilisi is a cosmopolitan area with its fair share of amenities, including museums, nightclubs, and other forms of entertainment. At the same time, however, Tbilisi is also home to numerous modern, world-class medical facilities, especially in the areas of fertility and prenatal care. This, combined with Georgia using its own currency, rather than the Euro or USD, means that there are significant cost savings here, but there is no compromise regarding medical technology or quality care.

Tbilisi, being located in Georgia, also means that the rights of surrogate parents are constitutionally recognized and protected. This means that provided all the legal documentation and procedures are observed when working with surrogate mothers in Tbilisi, the final, legal custody of the newborn baby will always be awarded to the hopeful family, eliminating some of the legal ambiguity of custody that can occur even in some states in the USA.

Because Tbilisi, in Georgia, is a country that permits compensated surrogacies, the availability of medically approved surrogate mother candidates is quite high. Altruistic surrogacies are a matter of a woman being generous enough to volunteer her time and her body for the sake of another couple with no expectation of financial reward. This can severely reduce the medically suitable women willing to undertake this task.

A wide range of surrogate mother candidates are available, which means that for couples that won’t be using the egg of a hopeful mother, the surrogate mother can donate her own egg for use in the surrogacy. This also means the IVF procedure won’t be required, reducing couples’ costs as more conventional artificial insemination is used instead.

If, for whatever reason, couples would like to use an egg donated by someone other than the surrogate mother, other egg donations are also available from women in Tbilisi. This will, however, require an IVF procedure so that it can add to the total cost of a surrogacy.

Going with egg donation within Tbilisi is a more cost-effective solution. Many surrogate mother candidates are medically evaluated and suitable for this role. This gives couples a large range of options, especially in the area of genetic characteristics they may be interested in, such as health, appearance, and other factors. At the same time, Tbilisi provides a warm, welcoming destination that still offers world-class medical care for both the surrogate mother and the baby that will start a new life with a new family.