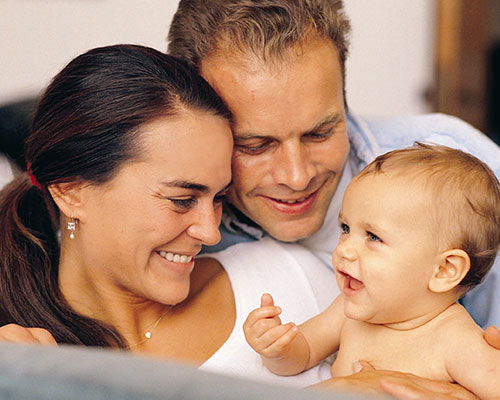 One of the most natural things in the world for most couples is deciding to spend their lives together and letting that decision become the start of an entirely new life, as parents, in a family. For many people, this choice is both traditional and straightforward. A woman allows herself to become pregnant, and nine months later, a baby is born, and a family starts its new life together.

Unfortunately, not everyone can take this route. Some couples have serious obstacles that can make the traditional path either medically unsafe or even impossible. There may be several reasons for this.

One of the most common reasons a traditional pregnancy is not viable is because medical experts see a risk in such an attempt. Some women, for example, may have a heart condition or be at an age where the biological demands of pregnancy actively put both the woman and the child at risk. In some cases, lifestyle choices may also be a factor. Women with a high rate of alcohol, cigarette, or drug consumption which are unwilling to give up these habits also risk a developing baby’s health during pregnancy.

If one of these circumstances is at play, the most responsible thing for a couple to do is abstain from having a child through natural childbirth. Risking the life of the mother and the child is not a good way to start a family, especially if that risk plays out and results in injury or even loss of life.

In some cases, it is no longer medically possible for a woman to have a child. Cancer, for example, can occur in nearly every part of the body, including the uterus, where babies are nurtured during pregnancy. Some women may be diagnosed with uterine cancer or another condition in the reproductive area. If that organ is left unattended, the cancer will spread, endangering the woman’s life.

In these cases, the most effective way to deal with the cancerous organ is to remove it, meaning that some women have their uterus extracted through surgery. After the procedure is completed, they no longer have the means to biologically sustain a fetus.

In other circumstances, the reason for being unable to bear a child between two people is because neither person in the relationship can become pregnant. In today’s world, same-sex couples are now legally recognized in some countries, but there is still a biological barrier that can’t be overcome. Two men in a lifelong partnership lack the ability for either one to become pregnant.

However, that doesn’t mean there’s no urge to start a family. It does mean, however, that the traditional methods are not viable.

One of the most common alternatives to a traditional pregnancy is adoption. This is a worthy cause to many since it gives a child without a family a chance to grow up in a loving environment. However, many variables involved in adoption can make it less than ideal for some couples.

The most obvious issue is one of choice. Many children all over the world are in need of adoption, and not all of them are infants. Children still in the infant age range are found worldwide, so there will be infants in Indonesia or Zimbabwe in just as much need of loving parents as babies from Ukraine or the United Kingdom.

In a similar vein, fostering is also an alternative, though legally, this is at a slight remove from adoption. Fostering is typically where adults agree to a domestic care role for a child, but they are not necessarily the legally designated guardians of that child. Child Aid services in the country usually retain guardianship, which is reinforced through financial compensation given to foster parents for childcare, as well as agency visits to reaffirm positive care of the child regularly.

Surrogacy offers specific options for couples that want them. If there is a strong desire to have a newborn child, then surrogacy is really the only alternative. Adoption is a lengthy process, so even if there’s interest in adopting a newborn, some time will pass before a couple is finally allowed to bring that baby home.

Another issue is genetics. In some cases, a couple may not be able to conceive naturally, but there’s still a strong desire for the baby to be “traditional” in the sense that the DNA of the newborn is 50% of the mother and 50% of the father. In Vitro Fertilization, or IVF, can take donor sperm and egg and fertilize them in the lab, then implant that embryo in a surrogate mother. Aside from growing in another woman’s womb, the child born is a 100% genetic descendant of whomever’s egg, and sperm were used.

Depending on a couple’s needs and circumstances, working with a surrogacy clinic may be the only feasible way to get the specific results desired.